The American Association of Franchisees and Dealers (AAFD) announced today the formation of three new independent franchisee associations, organized as chapters of the AAFD, and two re-boots of former active chapters since the beginning of 2021. Each chapter intends to leverage the combined voices of all its members to address common concerns and to establish an environment of collaboration between franchisees and franchisors. The three new chapters represent franchisees from: Venture X, Village Inn and Freshii and the two re-booted chapters are: Woodhouse Spas and TacoTime.

“We are incredibly excited to welcome these three new chapters under the AAFD’s tent of Total Quality Franchising,” said Robert Purvin, Chairman of the AAFD. “Additionally, we are thrilled to welcome back many former and new members from TacoTime and Woodhouse Spas. Both brands have a deep history with the AAFD.”

Venture X is a coworking workspace that allow for environments that are collaborative, inspiring, and stimulating. Venture X was founded in 2012 and currently has 40 locations throughout the United States.

Village Inn, founded in 1958, is a family dining restaurant known for their breakfast menu items.  Headquartered in Nashville, TN, and with a strong presence in the mid-west and Florida, Village Inn has 137 locations with a history of generational franchisee owners.

Fresh Food Owners Association, an Independent association of Freshii® franchisees. Freshii® is a leading healthy fast casual restaurant franchise with over 300 units worldwide, located within 20 countries and 85 cities. “Our purpose is to strengthen, promote and protect our members businesses”, said the founding members of the association.

Woodhouse Spas is a luxury full-service spa and was incorporated in Texas and is now owned by Radiance Holdings, based in Colorado. They currently have over 70 locations in 21 states throughout the United States. Woodhouse Spas initially formed as an independent chapter of the AAFD in 2010 and recently rebooted their chapter.

TacoTime first came to the AAFD in 2000 and successfully launched their independent chapter. Twenty years later and two generations of owners, TacoTime has re-engaged with the AAFD and they have gained tremendous traction among the owners and represent almost 80% of all owners.

The founding members of all five groups are committed to a positive dialogue aimed at effective solutions that will allow their respective brands and individual business to grow and prosper.

“AAFD chapters represent thousands of franchised businesses across the country and the world from well-known brands. With the help of the AAFD, I believe these chapters will be able to create real and meaningful change within their franchise system to establish a more collaborative and fair culture,” said Purvin. 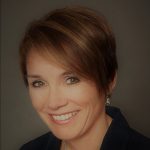 Amy Mancuso is the Executive Director at the AAFD. This position requires the ability to wear many hats, be adaptable, as well as be a team player in every sense of the word. As Executive Director, one of Amy’s key responsibilities is Membership. This includes being responsible for acquiring new members, developing recruitment strategies to grow membership as well as focusing on retention and engagement. In addition to Membership, Amy is part of the Executive Leadership team and is instrumental in the day-to-day operations of the organization.