Let us look first at the improvements to the CFIL.

And here are the updates to the CFRA.

Many organizations participated in promoting, supporting, and advocating for this legislation. The bill sponsors were the American Association of Franchisees and Dealers (AAFD) and Franchisee Advocacy Consulting. Registered supporters were the Asian American Hotel Owners Association (AAHOA) and Equity for All. All of the franchisee organizations attended hearings and testified in support of the bill, in addition to contacting representatives to educate and support. While this was a victory, franchisee advocates must continue to push for additional changes, not only California, but in each state and federally, to protect the franchise model, so it is sustainable to all stakeholders, especially the true local investors, the franchisees. 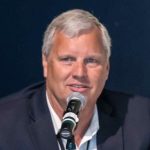