The AAFD was founded in 1992 in reaction to an ongoing degradation and deterioration of franchisee rights and equity that had been evolving for many years. The actual premise for my book, The Franchise Fraud, first published in 1994, was that the then modern-day franchise falsely represented that franchising was (and is) a safe and secure path the business ownership. In fact, then (and now) the ‘modern’ franchise is more business rental than business ownership, and most franchise agreements grant the right to ‘operate’ (not own) the franchised business.

Fast forward to 2014, and the US Department of Labor, under the Obama administration seemed to have agreed with my premise when they adopted the Joint Employer Doctrine to claim that a franchisor who exerts ‘excessive’ control over its franchisees activities would be deemed the ‘joint employer’ of the franchisees’ employees.

Franchisors, led by the International Franchise Association, have mounted fierce resistance to the Joint Employer Doctrine, trying to construct an impregnable argument that they are not co–employers franchisee employees. A large part of the franchisor strategy of defense has been to pull back important human resource support, such as training programs, HR guidelines, employee screening services, and franchisor sponsored employee benefit programs, that benefit franchisees and are a key element of protecting brand standards that are the life blood of all great franchise systems.

Many franchise owners, perhaps a majority, have joined in lockstep with their franchisors in opposing the joint employer doctrine. Mainly, franchisees decry to loss of valued franchisor support programs. But emotionally, franchisees see themselves as business owners and don’t want to share ‘ownership’ of their employees. The evolution of franchising from business ownership to the right to operate a franchisor’s business for a period of time has been a slow process, and while franchisees are keenly, even painfully, aware of the degradation of their equity rights, they still believe that they own their businesses, and recoil at the thought that their franchisor is a joint employer.

Fast forward again to September 18, 2019, when California passed Assembly Bill 5 (AB-5) into law. The new law is aimed at the so called ‘gig economy’ where workers in many industries, particularly like ride-share drivers at Uber and Lyft, are treated as independent contractors rather than employees and lack the protections of wage and hour laws and a multitude of employee benefits (not to mention the lack of tax revenues from employment taxes). AB-5 codified recent California Supreme Court rulings that confirmed the principle that when a putative employer exercises substantial control over a worker, a line is crossed, and the worker must be classified as an employee rather than an independent contractor. AB-5 also codified the ‘control test’ established by the California Supreme Court to determine whether and when the line is crossed.

AB-5 was not aimed at franchisors—but the control test places many franchisors squarely in the crosshairs of the new law. Many franchisors, and indeed most franchise agreements, have evolved to control so many aspects of a franchisee’s business that they arguably meet the AB-5 control test. Set aside concerns about the franchisor being a co-employer, under AB-5 the franchisee herself may be deemed an employee of the franchisor! Consequently, franchisor representatives lobbied hard, unsuccessfully, to have AB-5 exempt franchises from the law.

We will soon be reporting and opining in depth about California Assembly Bill 5, but for this op-ed, the point is simply that the evolution of franchisor control may have finally reached the breaking point where franchisors are willing to give back essential ‘ownership’ and ‘control’ to their franchisees.

Interestingly, governmental concerns regarding franchisors who exercise excessive control are not new, although the outcome of franchisee claims have been somewhat inconsistent. In 1991, I represented a California temporary employment agency franchisee who claimed that his franchisor ‘owned him.’ In the process of his dispute, my client filed a complaint with the California Employment Development Department (EDD), which ruled that my client was, indeed, an employee of his franchisor! Almost 30 years ago!

Around the same time, I was engaged by the tax attorney for a janitorial company whose ‘Independent contractor’ janitors had been reclassified by the IRS to be employees. My job was to recast the company as a franchisor, and the independent contractor agreements were retitled as ‘franchise agreements,’ and the company complied with franchising disclosure and registration law. The IRS and the US Department of Labor were fully satisfied, even though the essential terms of ‘employment’ had not been altered other than the imposition of a franchisee on the janitors.

Indeed, control has long been a concern by governmental agencies in other areas. The US Small Business Administration offers loan guarantees to small businesses. Franchisors who exercise too much control over its franchisees have been denied access to SBA loans for decades. Subway and 7-Eleven were not eligible for SBA loans more than 30 years ago. Today, the SBA has a franchisor registry of franchisors who meet their control test and are eligible for the SBA loan program.

Similarly, and again in the early 1990’s the SBA refused to allow certain franchisees to participate in its small business government contracting program when a franchisor exercised excessive control over its operations. The SBA took the position that such franchisees were actually owned by their larger franchisor and were not truly a ‘small business’ eligible for the program.

The AAFD has long urged franchisees to embrace the Joint Employer Doctrine, but petition for system reforms that would recognize franchisee business ownership (even while permitting HR support that protects and bolsters brand standards) and thereby insulate a given franchise system from being a target of the doctrine. If franchisees are given back their businesses, and offending control, then Joint Employer in no longer a threat to either franchisee or franchisor.

I should note that some franchisee advocates, Robert Zarco in particular, have urged that franchisees should embrace Joint Employer for other reasons—having a franchisor ‘on the hook’ for employee liability is like having a deep pocket guarantor by your side, and may actually have economic advantages.

Regardless, the Joint Employer Doctrine is effectively the federal government siding with decades of franchisee claims that their business ownership is being eroded and confiscated, and franchisees should be shouting – “We don’t want Joint Employment any more than our franchisor does. Give us back our businesses and we all win!” 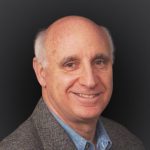