In my previous blog post, I talked about how franchisors are eager to advertise themselves as benevolent mentors to prospective franchisees. Their marketing materials often paint a picture wherein franchisors will work hand-in-hand with each franchisee toward mutual success. Unfortunately, over the past decades franchise agreements have become more and more restrictive and onerous until today a franchisee often has less freedom than their employees. In contrast to industry hype, most franchise agreements promise little or no support or ownership equity in the franchisee. Additionally, the courts have routinely found that franchisors have no fiduciary duty to franchisees. These precedents have led to what the AAFD considers widespread abuse among franchisors, and it’s the primary reason that that AAFD developed its landmark Fair Franchising Standards.

For over 30 years, the AAFD has fought for Total Quality Franchising, which we view as a collaborative, positive, and mutually respectful relationship between franchisors and franchisees. We believe that a collaborative relationship between franchisors and franchisees will provide the solid foundation that can lead to shared success.

We’ve talked a lot about Total Quality Franchising on this blog, but what would a truly collaborative relationship between franchisors and franchisees actually look like? Here’s what we think:

A collaborative franchise relationship doesn’t happen overnight and it doesn’t happen on its own. Oftentimes, a franchise association is the catalyst for this transition by empowering franchisees to speak with one voice. 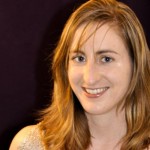 Jessica is a professional freelance writer and copy-editor and is the owner of Endeavor Writing. Jessica writes blogs, newsletters, website content, press releases and more for a wide array of clients.